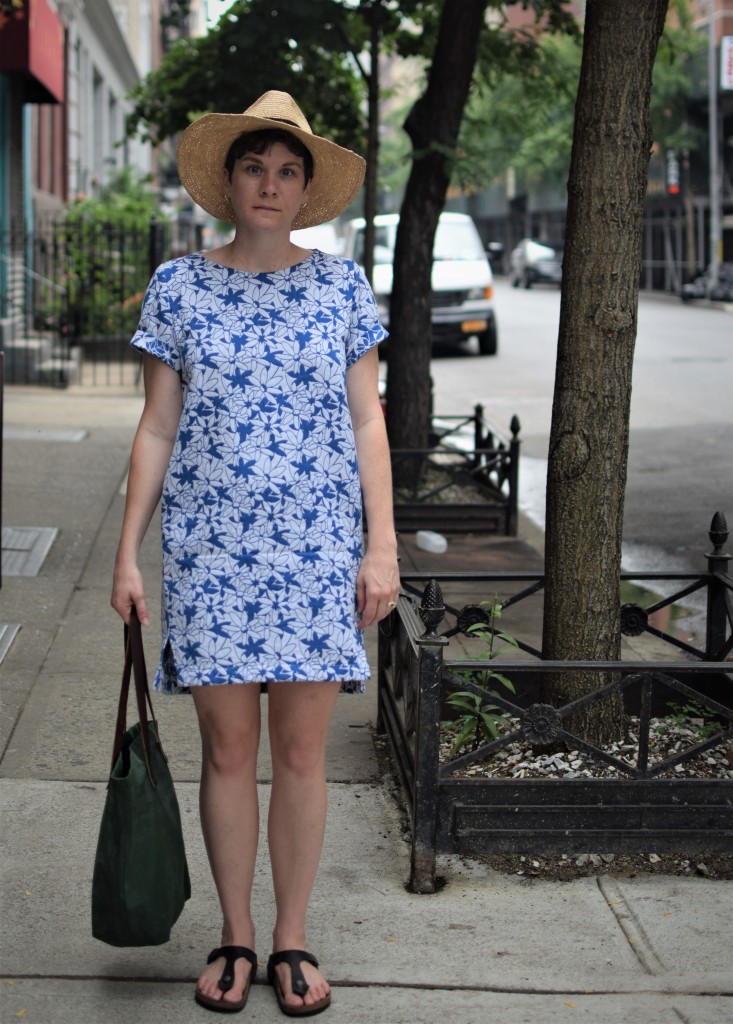 Have you seen the seemingly infamous New Yorker tote? I have been using it as a work bag for the past few months, and came to the conclusion that I’d rather be carrying a bag I made instead! 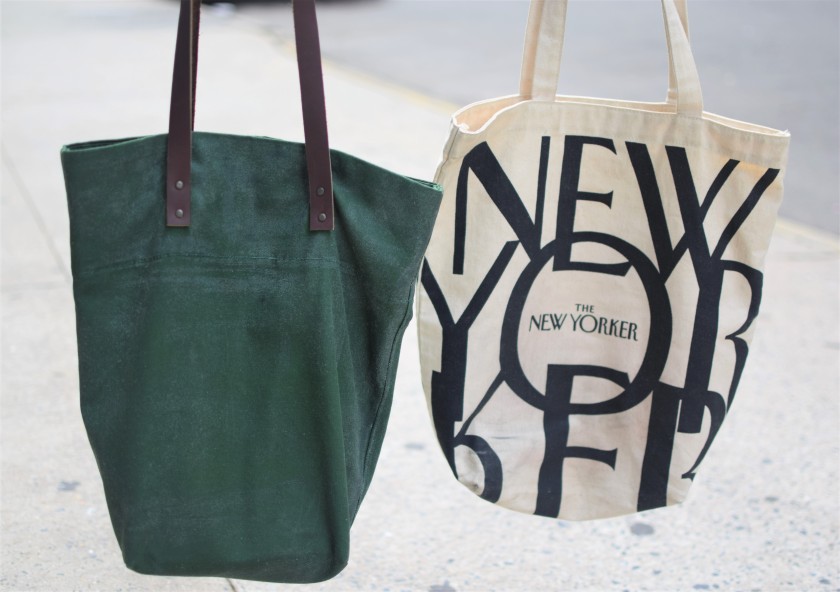 This idea had been bubbling in the back of my mind for a few weeks, then last weekend I met up with some fine ladies to visit Brooklyn General Store. I found some lovely green canvas and the idea in the back of my mind shot up to my conscious and the Copycat Tote’s journey began. I found inspiration from Ashley‘s Portsmith Tote and nabbed a Klum House leather strap kit, too. Upgrade!!

Before I made my bag, I considered the pros of the New Yorker tote: great size, perfect handle drop; as well as the cons: no interior pockets, not waterproof. So I capitalized on the pros and improved the cons. I measured the dimensions of the New Yorker tote, jotted them down, and made some quick sketches for how I would construct it, and what sort of a pocket to add. I wanted a place to easily stash my phone and wallet, and a place to keep a pen just in case something comes up (like you know it always does..). I also wanted a key loop so I don’t have to fish around for them in the tote. I had seen tote bags have flap backs for interior pockets, perhaps it makes the pocket more sturdy? I interfaced and used bias tape for the edges, I really like how it turned out, and there appears to be no straining when I use the pocket. 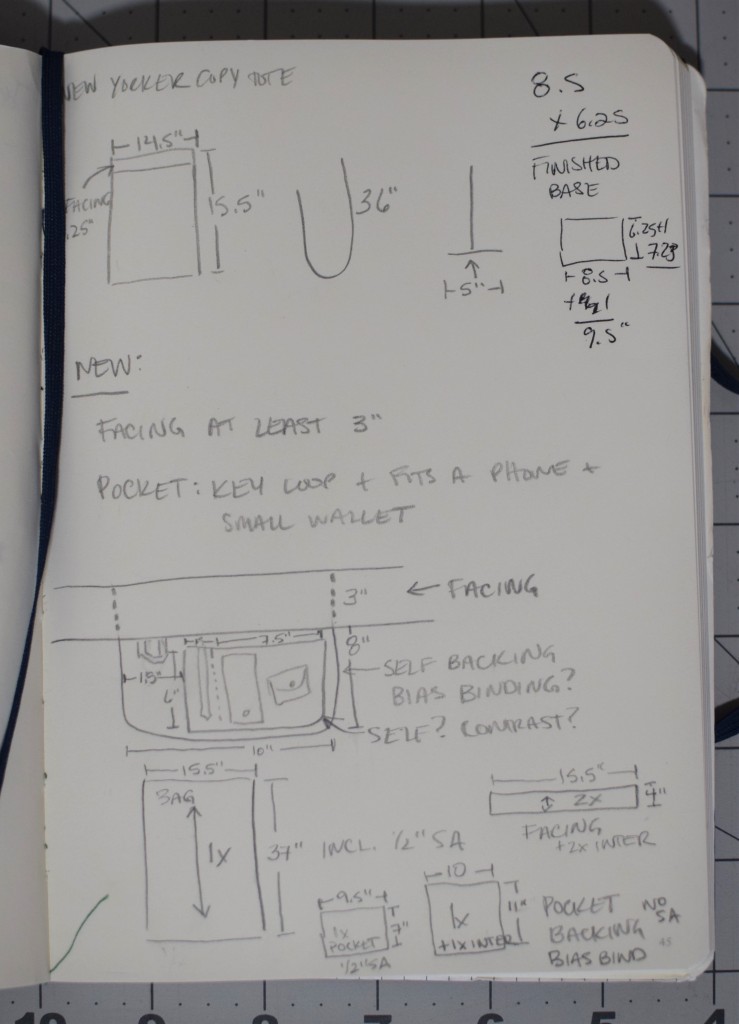 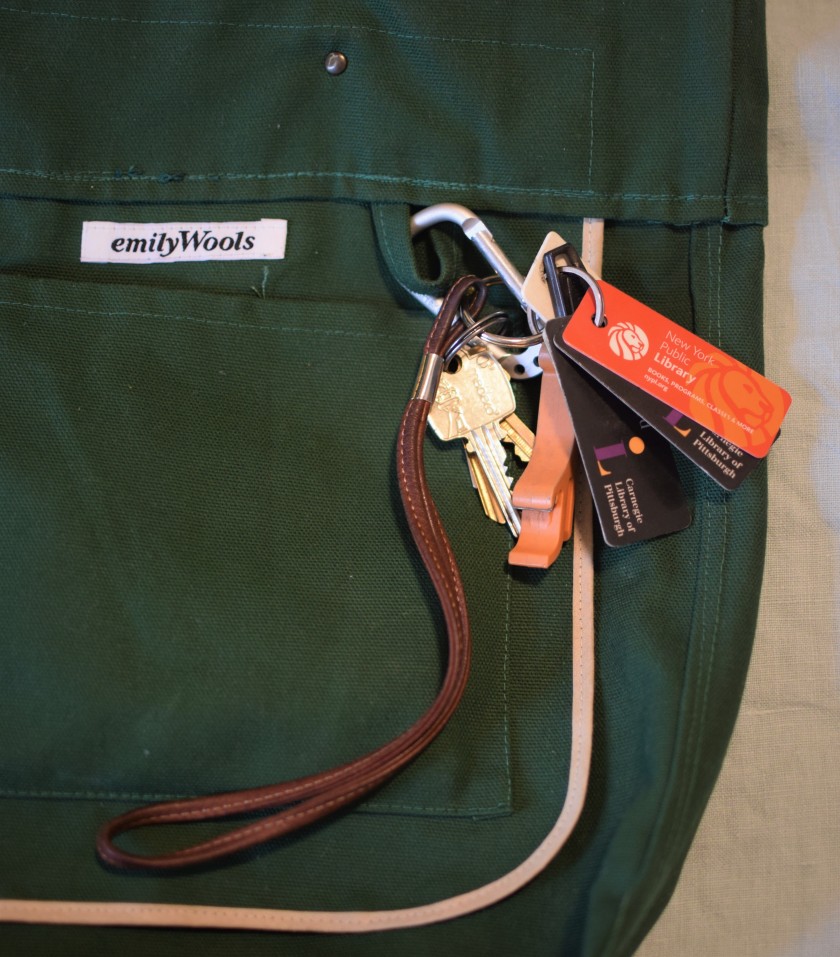 I added quite a long facing at the top of the bag, I thought I’d like the look of it (I do!) and it would add some stability (it does!). I also created a double-sided, interfaced rectangle to lay across the bottom of the bag. Overall, the only SNAFU I ran into was hammering the rivets… my downstairs neighbor was not pleased with my banging. It was only 6:30pm, but I think it must have been quite loud, so I finished riveting outside on the sidewalk. 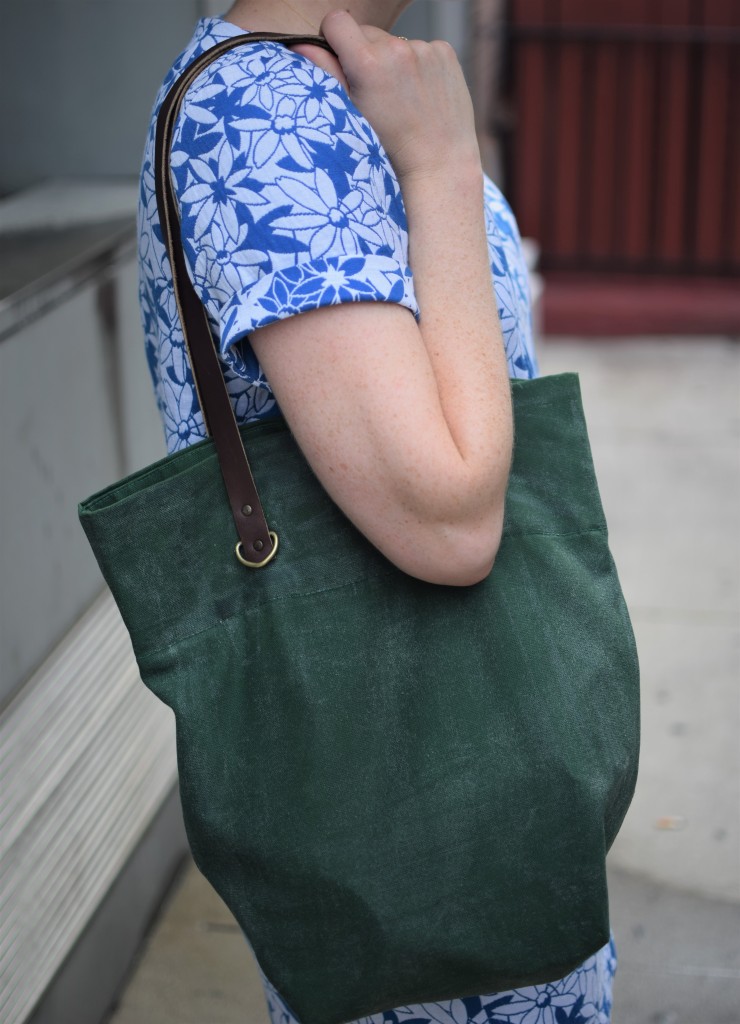 I went whole hog and waxed this bag with OtterWax. I think I was a little bit overzealous with the top part, its on there pretty thick. Its also been excruciatingly hot, so I am not sure its properly cured yet. The internet has a lot of opinions on how to apply and cure this product, but I followed the package and just rubbed it on and then let it dry. A few days in, its still a bit tacky.

Oh, I also made the Inari Dress I’m wearing, a really quick sew, and I love it! I’ve made 2 tops from this pattern, but just hadn’t gotten around to a dress version until now. I found this amazing fabric the last time I went back to Pgh and went to the Center for Creative Reuse (my favvvvvv <3) and was struck with inspiration to make it into an Inari. I really wanted to create the neckband, but this fabric is not stretchy at all, so I went for the neck facing. I think I might sew it down all around, facings in general just drive me nuts! 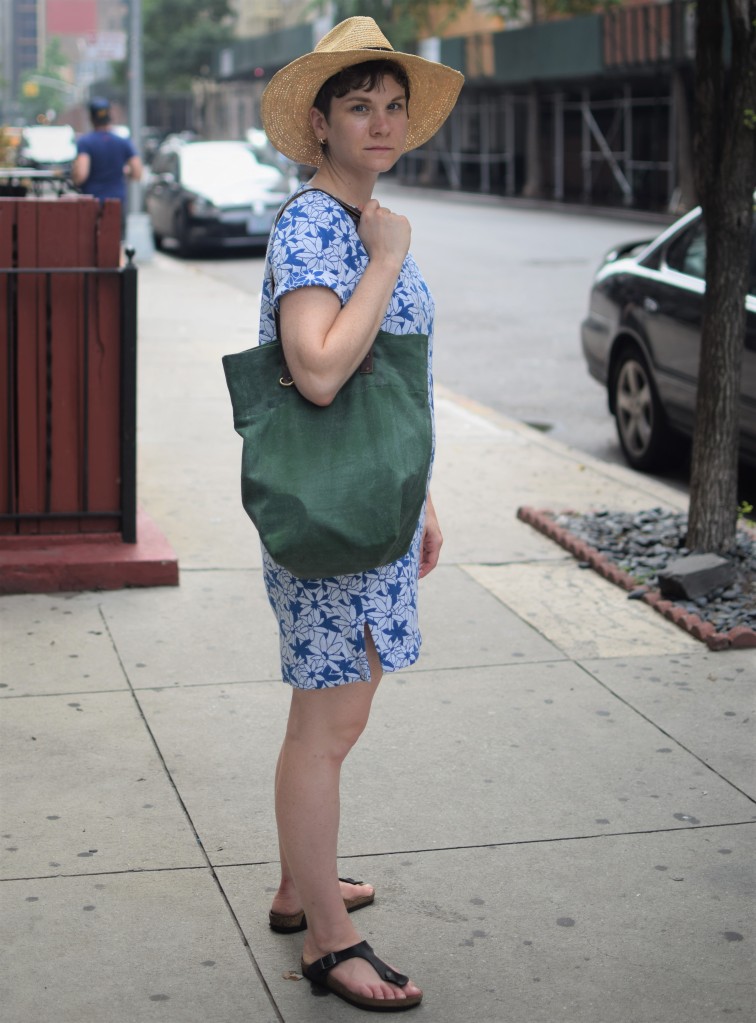 Overall, been really productive over here!!!

3 thoughts on “New Work Tote and an Inari Dress”