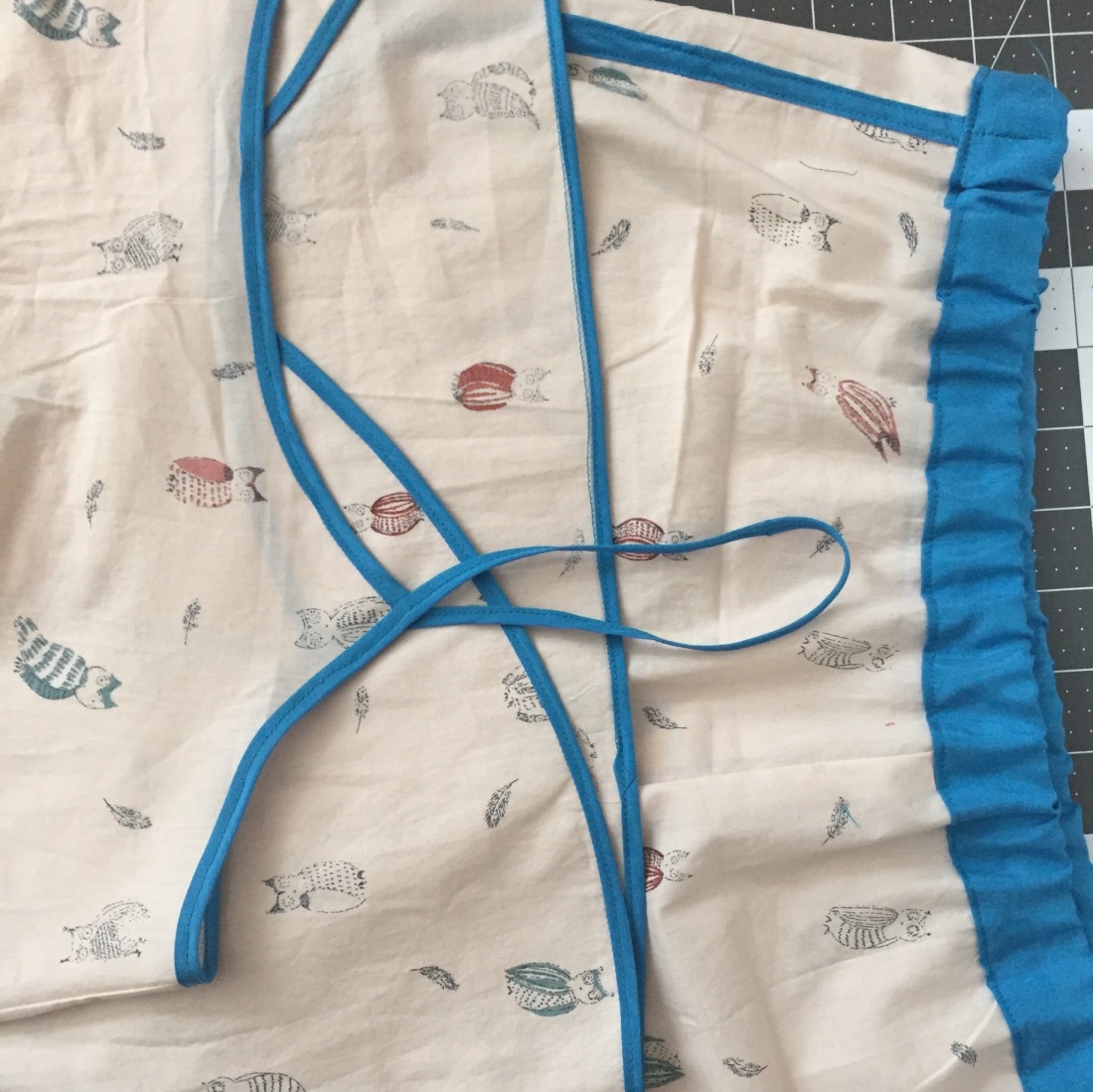 Honeymoon PJs. Made with some French cotton voile from Marché Saint-Pierre, and some blue silk trim. Working with silk bias tape was incredibly fiddly, and I had a really hard time keeping things tidy. To make it, I did use this tutorial which I found very easy compared to tutorials I have followed in the past. I also finally figured out how to use my bias tape maker, so that was also a big help. I french seamed everything but the crotch seam (I just zig-zagged to finish instead), and I only had 3/4″ elastic, so thats what I used for the waistband. I tacked it down via stitch-in-the-ditchat both side seams (instead of sewing in the middle of the waistband all the way around). 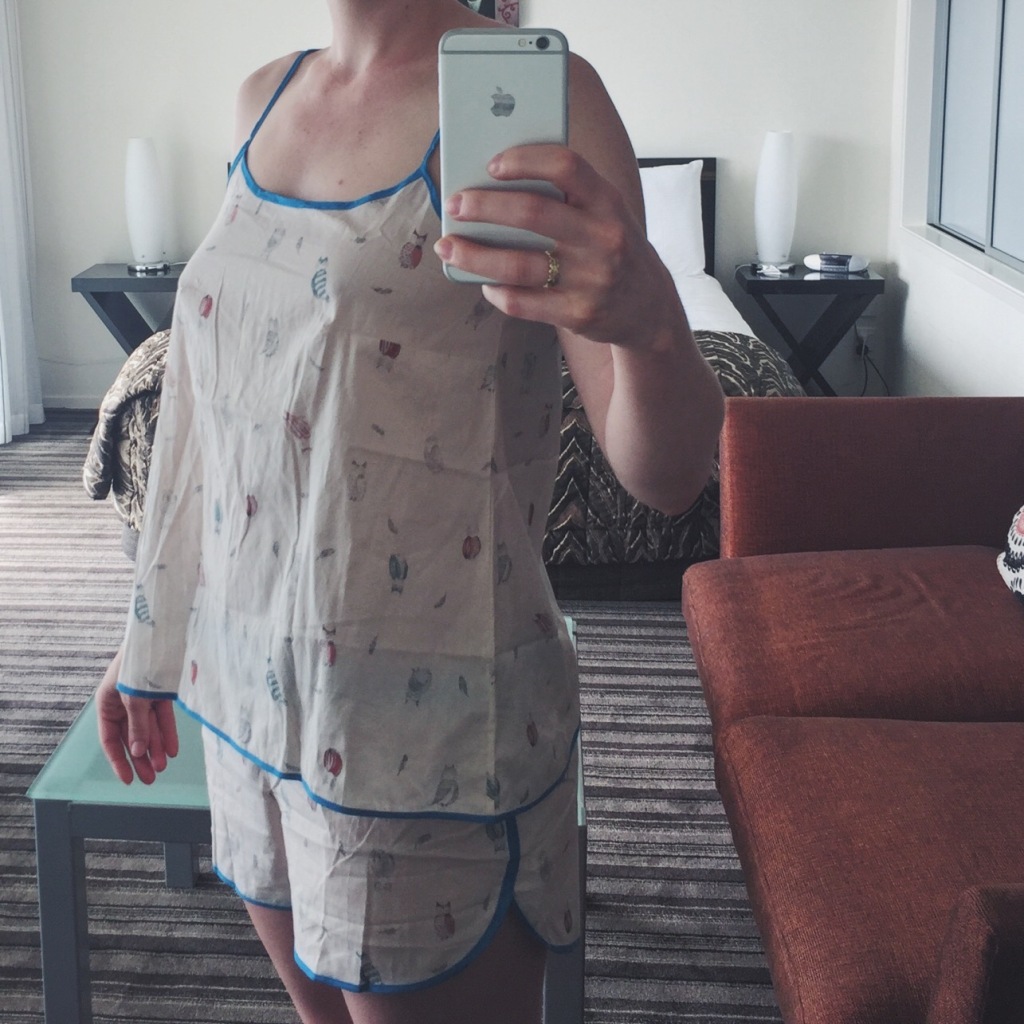 I compared these, my second version of the Lakeside PJs, to the first that I made ~2 years ago, and its neat to see how my sewing skills have improved dramatically since then. The first time around, I vastly underestimated the amount of ease in the pattern, so this time I made a 6 in the top, and an 8 in the bottoms. The bottoms are still a tiny bit tight (!!) but they will work.